How to write a 12 bar blues lyrics

Mastering musical turnarounds that resolve on the third chord of a three-chord progression is an art form in and of itself. Another structural variant in bar blues is something loosely referred to as stop time.

The instrumental melody often answers, echoes, repeats, or compliments the vocal melody being sung in the first two and a half bars. This is a good key, not too high and not too low. 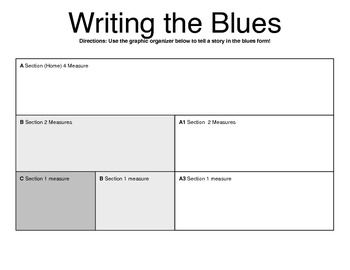 A standard blues progression generally consists of three chords that are usually, but not always, played in a major and rather than a minor key. The example B section may also use a different lyrical meter and melody in when compared to the two preceding A sections.

This four-bar figure typically either ends the song or sets up another bar stanza. The refrain ends with a cadence or half cadence.

A bar is a musical phrase, a way of measuring the music against its rhythm, and blues songs are structured in a bar format. AAB is always used as a compound form 12 bar relates to the number of bars, or measures, in this song form. Plenty of white people sing the blues, and the electric guitar is probably more important in the development of the blues than the acoustic. The closing four bars usually cap the original theme line by putting a twist on it or summing up the original statement. The most popular one is 'my baby's gone and left me', but it could equally be about how you've got no money, how you've lost your job or any other example of the cussedness of life. The last line or third 4-bar section is the refrain. A standard blues progression, or sequence of notes, typically features three chords based on the first written as I , fourth IV , and fifth V notes of an eight-note scale. The term "bar" refers to the number of measures, or musical bars, used to express the theme of a typical blues song. The staff is the set of horizontal lines on which musical notes are written.

If you haven't got a friend, that would make a good first line for your next blues: Oh I ain't got no friend, not one in all the world.